Shoukia van Beek (she/her) is a settler-scholar and graduate student at the University of Victoria, on W̱SÁNEĆ & Lək̓ʷəŋən territories. Shoukia was named after her late grandmother, a Frisian-Dutch immigrant, whose ferocity, compassion, and caring ways shaped Shoukia’s sense of self and community. Her lessons and love continue to inform Shoukia’s interests, worldview, and ultimately, her work. Shoukia’s research examines how borders, and their associated practices, function as a mechanism of settler-colonialism. Her work is rooted in, and takes place at the intersection of, literatures and theories of political ecology, border studies, and Indigenous sovereignty¾actively centring an anti-colonial, anti-capitalist, and abolitionist legal-geographic analysis and epistemological commitment.

Shoukia joins the BIG team as a PhD Fellow and will be working with Jeff and Emmanuel on questions of Indigenous nationhood as well as with the BIG and JMN database teams! 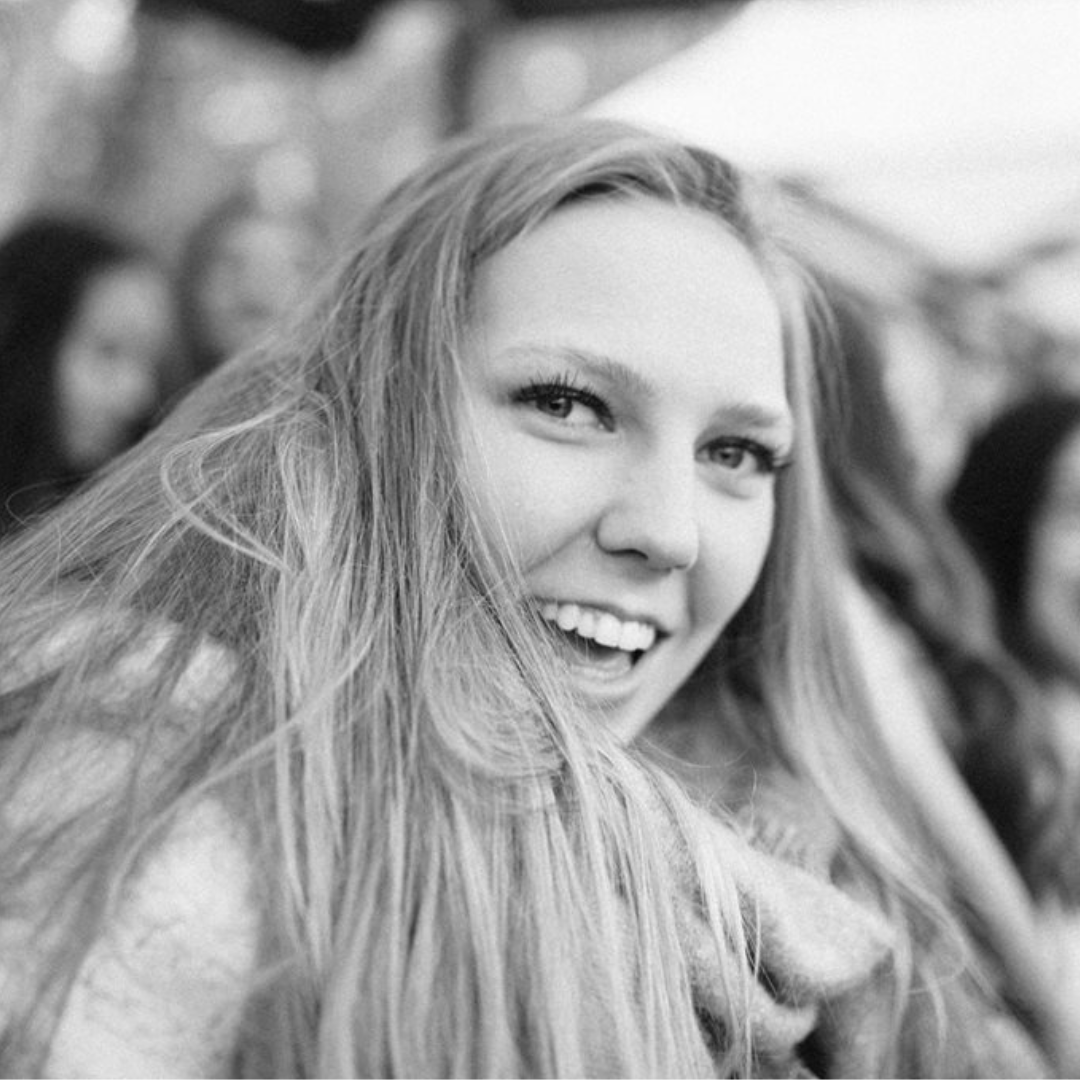 The 21st Century Borders grant is a seven-year SSHRC Partnership Grant. The research program builds off the work of the previous Borders in Globalization SSHRC Partnership Grant (2013-2020) which sought to understand the changing nature of borders through six thematic areas in order to document how state-centred and territorially-fixated research limits our understanding of borders. 21st Century Borders builds off the work done in the first grant with the goal of exploring and advancing the required epistemological shift from a state- centric and territorial logic to nodal and mobile logics that focus on both the internal and external forces that challenge the territorial integrity of states. While the first grant revealed the limitations of state-centred and territorially bound understanding of borders, this grant seeks to understand how we, as academics and policymakers, can move beyond that model.

We do this by focusing on three interrelated themes:

The grant itself is comprised of two parallel research pillars. Pillar one, led by Jeff Corntassel, and pillar two, led by Emmanuel Brunet-Jailly. While these two pillars work parallel to each other within the grant, the conceptual knowledge base and program understandings will flow between the two pillars and through into country specific case-studies. The two vertical pillars are cross-sectioned by two overarching themes: ecology and security. These themes will address issues of both ecology and security from within the contexts of the two primary pillars. Additionally, partners in the grant may choose to use their expertise to focus on country-specific case studies.

Pillar one explores how claims of nationhood and nationalism exist in the Indigenous and regionalist experiences in borderlands. There is a growing body of literature that examines Indigenous nationhood claims and another, separate, body literature that looks at regionalist and nationalist claims in Europe. The goal of this pillar is to bridge the gap between these two literatures and explore how claims of nationhood and nationalist claims are similar, how they are different, and how they factor into claims of Indigenous self-determination. Through the work done here, this project examines ways that Indigenous nations, communities, and peoples challenge the territoriality of states and other patriarchal institutions in order to generate new understandings of how Indigenous relationships develop and persist beyond boundaries. By interrogating terms such as nationhood, international, self-determination, and borders, this project seeks to advance a deeper understanding of how these terms and relationships are viewed from diverse Indigenous perspectives.

While pillar one deals with issues of territory, pillar two deals with issues of human mobility and trade flows by identifying and examining the instruments and infrastructures of connectivity. This includes structures, regulations, and functions of borders. Research occurring in this pillar may focus on issues such as pre-border clearance mechanisms, the externalization of borders, state-to-state security agreements, integrated border management regimes, strategies for preserving life in cross-border regions during crises. (List is not exhaustive and new projects will be reviewed by the academic and international advisory boards annually).

The 21st Century Borders research partnerships includes a number of scholars from around the world working with us on a variety of different projects. This list is updated regularly as we add new projects and expand the partnership.

Firepower: Geopolitical Cultures in the Anthropocene

The human control of fire is a relatively neglected part of the discussion of the contemporary transformation of the planet. Thinking about it in terms of geopolitics is a way to link climate adaptation, extinction and the possibilities of extending traditional analyses of political ecology to the global scale. Such thinking is explicitly rejected as the appropriate premises for foreign policy action by the Trump administration which poses American greatness in terms of traditional understandings of firepower. This clash of geopolitical cultures is now key to global politics, where dramatic landscape transformation, related species extinctions as well as climate change results directly and indirectly from human control of combustion. Firepower is a matter of military technology as well as, in the form of fossil fuel combustion, the essential energy source that fuels the global economy. Focusing on combustion as a key geophysical force in contemporary geopolitics offers useful insights into the Anthropocene discussion and, in particular, the two planetary boundaries of climate change and biodiversity loss, which are key to contemporary efforts at global environmental governance.

This seminar was held on January 15th, 2019. It was open to all and hosted both virtually and in-person at the University of Victoria.

Thinking about sustainability in terms of globalization requires that the literature on earth system science be engaged to contextualize matters appropriately and consider how to address the “safe operating space” for human civilization. The key planetary boundaries argument suggests that because of the scale of transformation of global ecology wrought by globalization, its the planetary boundaries that are now more important than traditional borders. But administrative systems are mostly stuck in territorial jurisdictions that can’t effectively deal with any of the planetary boundaries, perhaps with the exception of the ozone one. While boundaries aren’t technically borders, in terms of what globalization has wrought, they are now essential to formulating global governance efforts to sustain the conditions that make urban civilization possible for billions of humans.

J. Kurowska-Pysz and K. Szczepańska-Woszczyna, The Analysis of the Determinants of Sustainable Cross-Border Cooperation and Recommendations on Its Harmonization, Sustainability 2017, 9(12), 2226

Discussion Lead: Simon Dalby is a CIGI senior fellow. He is professor of geography and environmental studies at Wilfrid Laurier University (WLU) in Waterloo, where he teaches courses on governance, security and environment in the Balsillie School of International Affairs. Simon’s research interests include climate discourse in contemporary geopolitics, looking at popular representations of climate change and the strategies used in a range of media, and the burgeoning debate about the Anthropocene epoch and its implications for politics and policy formulation. He was educated at Trinity College Dublin and the University of Victoria and holds a Ph.D. from Simon Fraser University. Prior to moving to WLU, he was professor of geography, environmental studies and political economy at Carleton University. 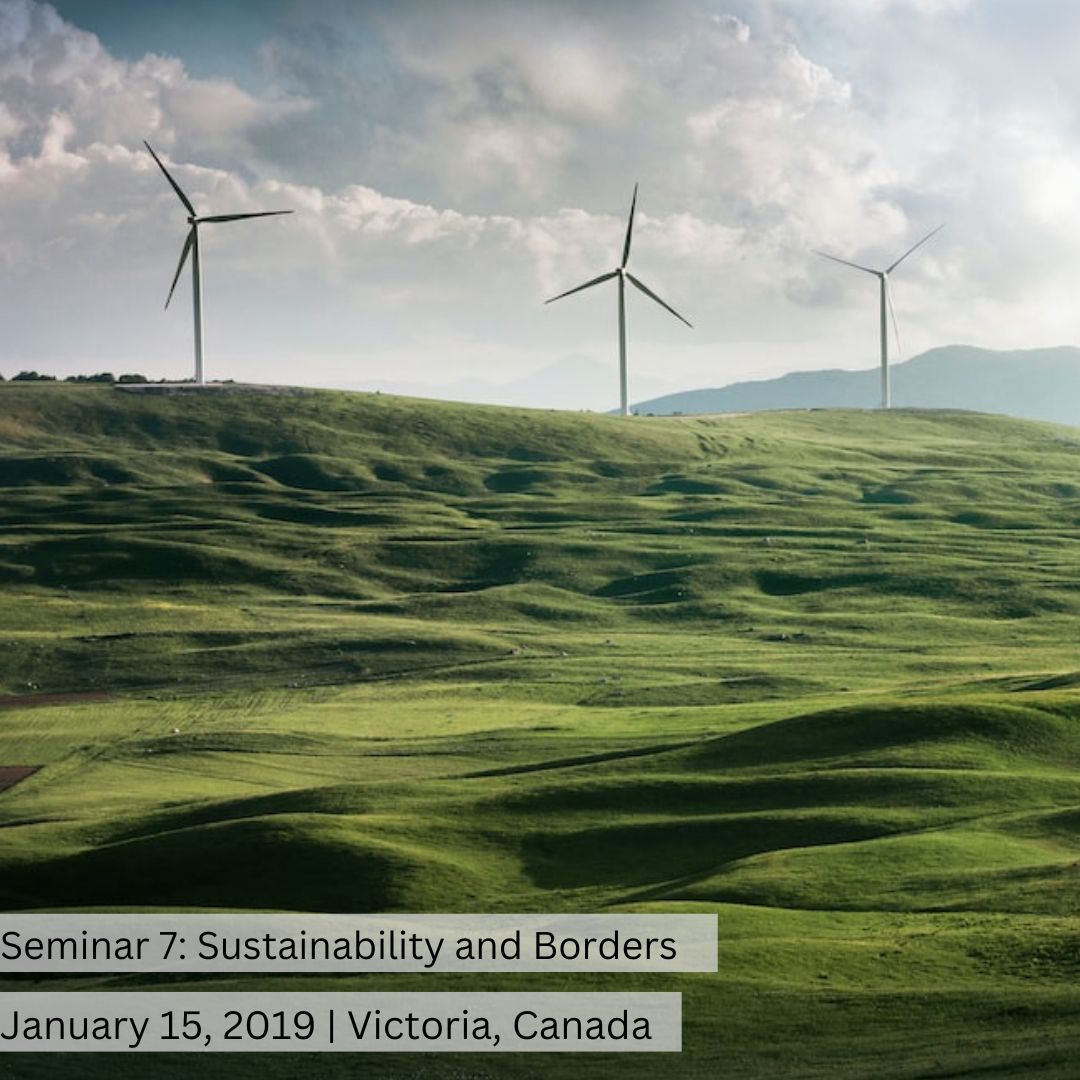