At time of publication (December 2020), more than 70 million people have been infected with the novel coronavirus worldwide, 1.6 million have died, and the global economy has contracted by about four percent. The virus is present in more than 200 countries and territories around the world, virtually all of them. In early December, there were more than 200,000 new infections daily in the United States alone, where because of the pandemic nearly 300,000 people have died since March 2020, making the U.S. one of the hardest hit countries in the world. Interestingly, the U.S. was also one of the first countries to close its borders (on March 20th) though the virus had already arrived. Since then, COVID-19 has spread particularly across poor, minority, urban sectors of the population. Recent news of expedited and promising vaccine trials are currently juxtaposed with surging and record levels of infections and deaths.

What is the role of border policy in confronting infectious disease? Can international boundaries contain pandemics? What are the impacts on local communities of using borders as blunt public-health instruments? What do COVID-19 border closures look like from inside borderlands? How have borderland communities responded? In what ways can border theory enhance both our understanding of and response to global pandemics?

This special issue of Borders in Globalization Review offers some preliminary responses and lays groundwork for developing research along these lines. The idea was conceived because, for many of our colleagues on the journal’s editorial board, the pandemic and global response demanded a critical rethink of border theory. We think, for example, the lead research article by Goeury and Delmas exemplifies some of the new work that is required in the era of COVID-19. The article contends that the global pandemic has not challenged or confounded international boundaries but rather accelerated historical processes of ‘bordering the world’ (a general thesis shared by Borders in Globalization researchers—namely that globalization was never about diminished borders).

Moreover, with most of the action and urgency in borderlands, we decided to document the moment of closure by inviting well-positioned colleagues to contribute a short essay on their borderlands of residence and expertise. Each scholar was invited to contribute a couple thousand words on their respective cross-border regions, comparing conditions before and after the onset of the pandemic, considering how governments and communities responded, and assessing whether border policies were effective. The 23 essays produced here, written by more than 30 authors,1 capture the experiences of borderlands under pandemic lockdown around the world, including locations in Africa, the Middle East, South Asia, Europe, and North, South, and Central America.

The essays are followed by three art features that disclose quite-different borderlands under lockdown. The first is Marco Kany’s portfolio, a series of photographs of the closures of borders internal to the European Union in the region connecting France, Germany, and Luxembourg. The non-European viewer may be struck by the seeming minimalism of the European ‘closures’ (also pictured on the cover of this issue), certainly in contrast to other parts of the world. The second art piece on the theme of borderlands under COVID-19 lockdown is a video documentary by researcher Bertha Alicia Bermúdez Tapia and visual artist Mario Jímenez Díaz; it offers an empathetic view of resilient and creative lived experiences at the US–Mexico border. The third is a poem by BIG_Review poetry editor Natasha Sardzoska, written under lockdown; her work depicts the solitary human body as a kind of borderland.

That makes a total of 25 borderland-specific entries (not counting the poem) that are plotted and hyperlinked on the interactive maps. 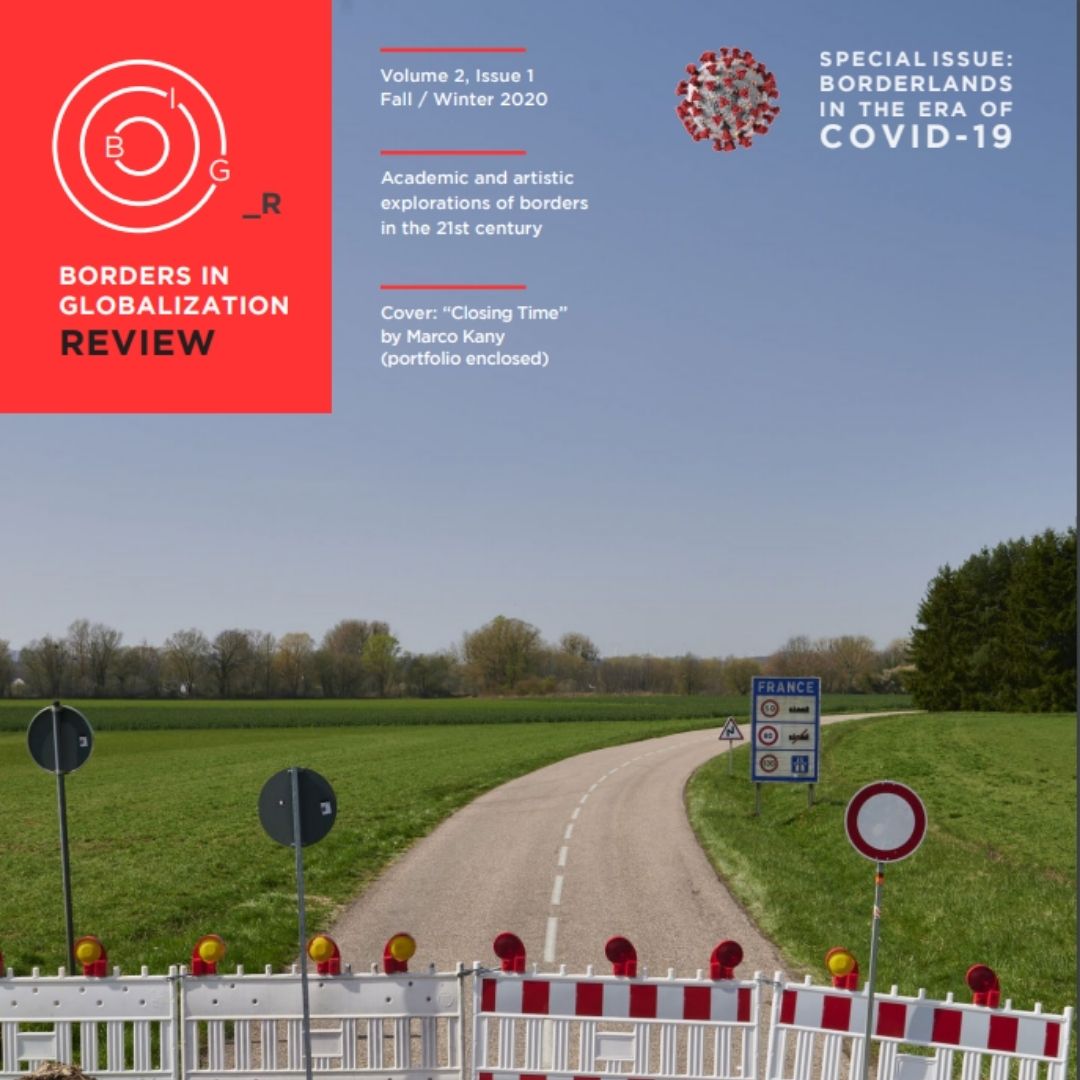