This issue begins with a Special Section: Mexico’s Southern Border and Beyond, curated by guest editors Margath A. Walker and Jared P. Van Ramshorst. Mexico’s northern border with the United States has dominated our collective political imagination, leaving the Mexico–Guatemala border understudied. This Special Section builds on a growing body of literature that integrates findings on Mexico’s southern border into the broader study of borders. The small collection includes original research by both early career and established academics that touches on themes of immigration and border policy, the lived experiences of migrants at the border, survival strategies as a form of resistance, climate change and climate-induced mobility, and the importance of local solutions to regional and global challenges. Also included in this issue is an article by Lacin Idil Oztig that analyzes Israeli policy toward African asylum seekers and unauthorized migrants, highlighting the important roles of NGOs and judicial power.

In the Chief Editor’s-Choice Portfolio, The Social Life of Images, artist Mario Jimènez Díaz showcases his distinct mixed-media style, heavily influenced by the mixing of cultures he experienced growing up in Mexico near the US border. “Twin Cities Torn Apart”, for instance, featured on the cover, provides glimpses into the experiences of families and communities divided by the Mexico– US border, with actual ‘sutures’ evoking Mark Salter’s memorable border metaphor. Following the portfolio, our Poetry Section, edited by Natasha Sardzoska, includes the works of two wonderful poets—Lucilla Trapazzo explores migration as a consequence of a neglected humanity while Dubravka Durić’s work centres on the materiality of borders and the emotional relationship many have with bordering processes in the aftermath of the wars in Yugoslavia.

Edited by Elisa Ganivet, the Art & Border Section includes three essays. First, Madeleine Filippi introduces us to the work of Sarah Trouche, a performance artist who uses her body to challenge our conceptions of borders. To quote Filippi, “the choice to show her naked body, which engages and confronts audiences and renders herself vulnerable, becomes a living receptacle of the history of a territory in the service of potential dialogue between peoples and temporalities.” Then, published in French for the first time, we are excited to share Alberto Pacheco Benites’ Trois Regimes de Murs (“Three Regimes of Walls”), which outlines a new cartography of walls under the rubrics of ‘portable’, ‘transparented’, and ‘factual’ walls. The section closes with a short text in Spanish by Clara Bolívar that tells us a story of international art collaborations focused on border walls with reference the fall of the Berlin Wall. English translations are provided side-by-side to each of the three essays in this section. We conclude the issue with two film reviews, one by Hakan Ünay and one by Caroline Schmidt Patricio and Edgar Garcia Velozo, and two book reviews, by Chayanika Saxena and Sam Kerr. 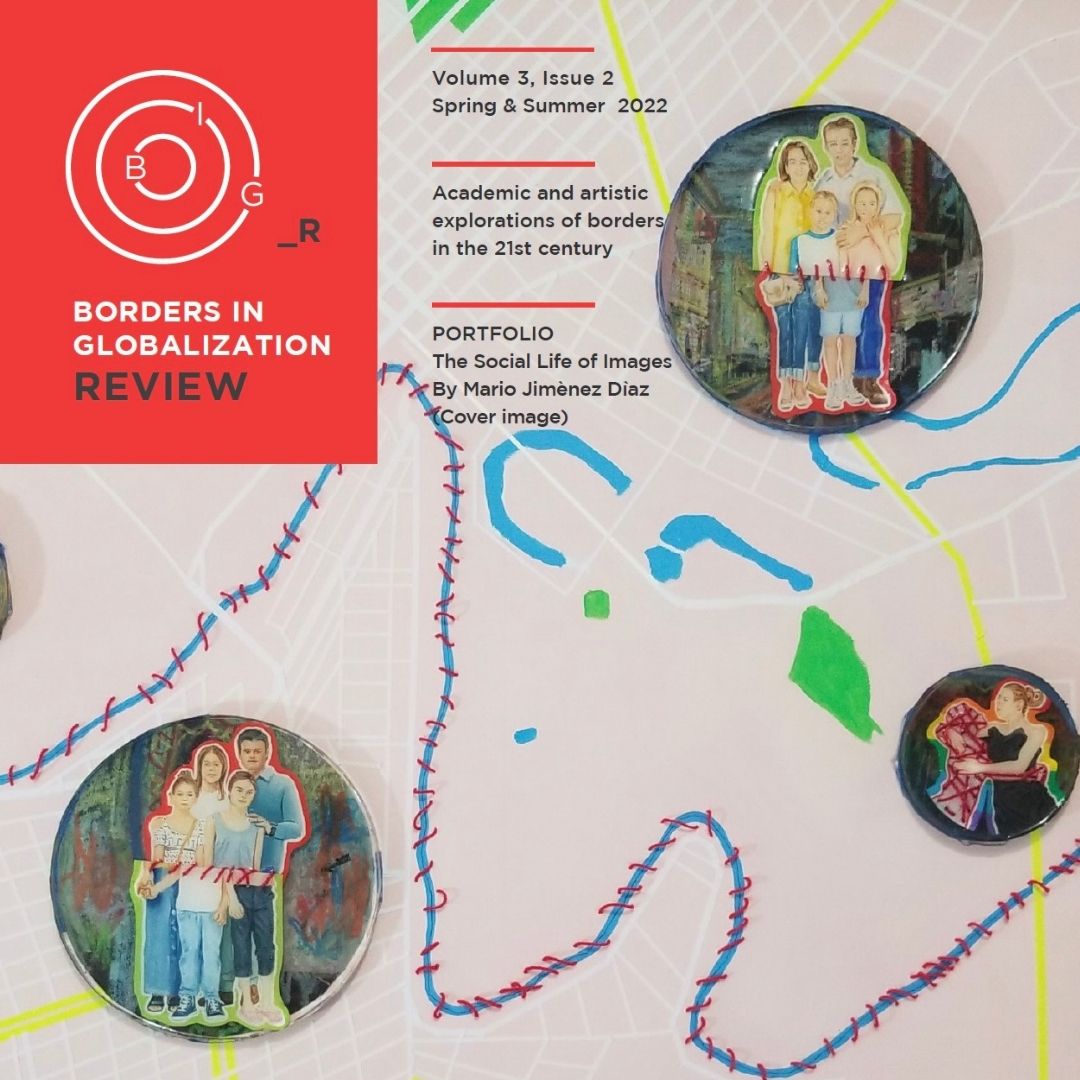