The course drew on fascinating case studies that illustrated the progressive and transformative challenges occurring in and around the borders of Canada, and in particular Ontario. The course material was delivered through a range of media (video clips, power points with voice over, and readings). At the end of the course, students convened for one week to participate in tutorial discussions at Carleton University and a class field trip. The course was directed toward senior undergraduate and graduate students, as well as government employees and other professionals working in relevant fields.

Whereas the forces of globalization have expanded mobility, communication, interaction, engagement, and even worldwide integration in many ways, borders between states, societies, cultures and ultimately people worldwide have increased in number and expanded in their impact. Everywhere, barriers, fences and walls are being erected to control and in many instances stop the flows of certain people, goods and information while expediting the movement of trusted travellers and approved trade. Borders in Globalization are a defining characteristic of 21st century geography, where terrorism and displacement are powerful forces, and where territorial politics, society and culture are reconfiguring our contemporary world. Studying Borders in Globalization affords insights into when and why these borders are constructed, how they work, where they have an impact, who they constrain, and why they are important in a changing world.

This course explored Borders in Globalization as a political, social, cultural and intellectual strategy through online dialogue and participation, as well as focused in-class discussion and interaction. The course drew on the rapidly emerging literature of border studies — which is grounded in geography and extends throughout the social sciences and humanities, the debates in the field, the proliferation of case study research, and the growing media and public attention to border issues — to identify major directions, concepts and theoretical advances in border studies. The growing understanding of how borders work was then applied to the regional and local border issues and impacts in and around Ontario. The approach to border studies was by way of six key themes that form the underlying framework of BIG: 1. the historical development of borders, 2. border culture, 3. governance of borders, 4. migration, goods and information flows across borders, 5. border security and 6. sustainability and borders. The course material was delivered through multiple and diverse media including video clips, power points, some with voice over, readings, online dialogues and assignments. During the sixth week of the seven week course, students and instructors convened for tutorials, discussions, presentations and a field trip. The final week was devoted to completing reports and papers. 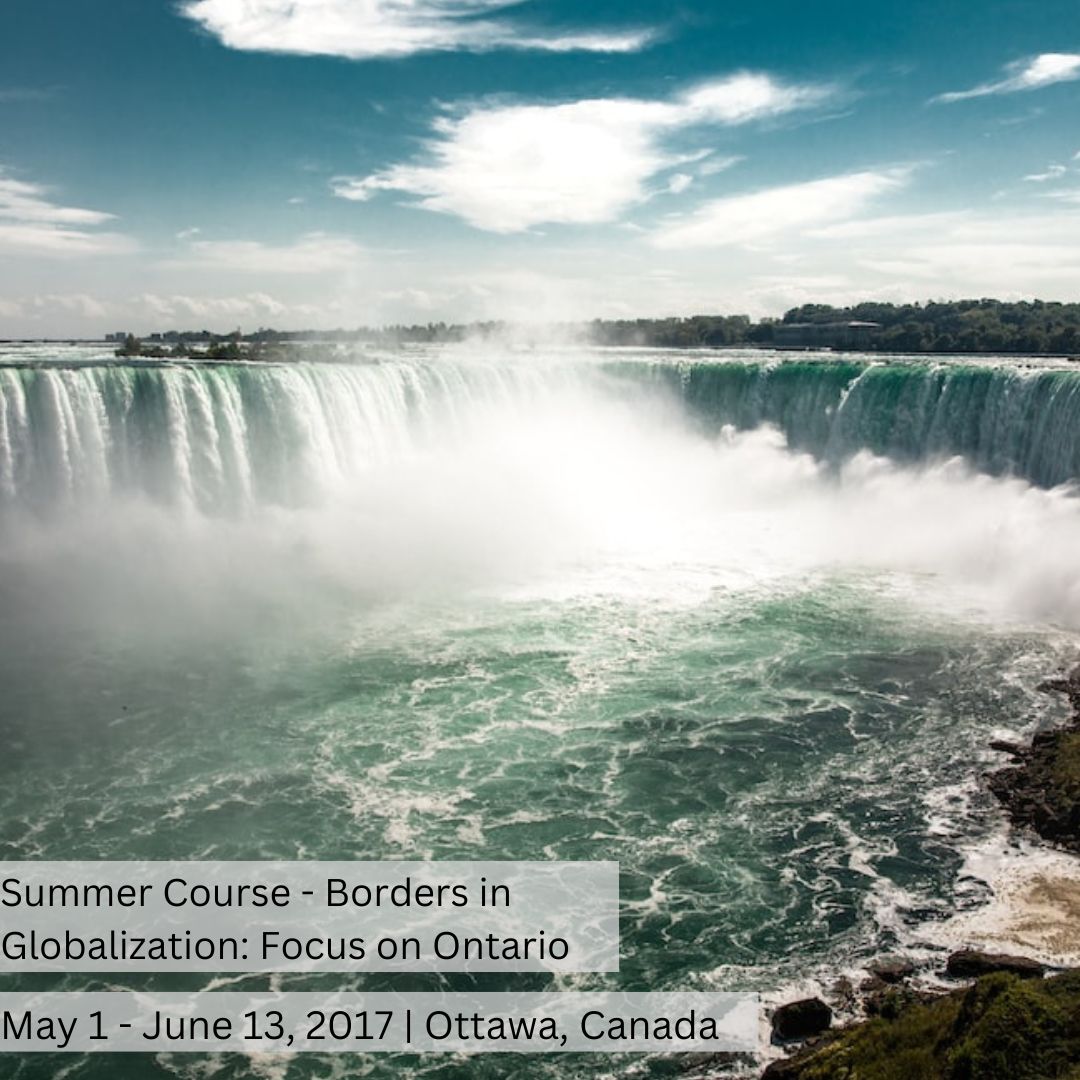