This seminar was held on October 23rd, 2018. It was open to all and hosted both virtually and in-person at the University of Victoria.

In recent years, certain border policies between the US and Canada have become increasingly mobile, primarily due to securitization, and partly as a result of coordinated efforts to increase collaboration and efficiency in the cross-border movement of goods and people. This seminar conducts an exploration of pre-clearance activities along the BC-Washington State border. We will seek to test one of the core hypotheses of the BIG research program which states that bordering processes in the 21st century tend straddle the boundary line.

Norfolk, A. (2018). Shifting, securitizing, and streamlining: An exploration of preclearance policy in the Pacific Northwest. Borders in Globalization.

Hart, M. 2010. A matter of trust: Expanding the preclearance of commerce between Canada and the United States. CD Howe Institute Commentary, 309.

Discussion Lead: Alex Norfolk joined the Borders in Globalization (BIG) project in February 2016 as a Researcher and Special Projects Coordinator. In November of 2017 he completed his MA in Community Development at UVic’s School of Public Administration, where his thesis explored the Private Sponsorship of Refugees program in Canada. His work with BIG has focused on cross-border efforts to combat human trafficking in the Pacific Northwest, as well as pre-clearance policy in Southern Vancouver Island. 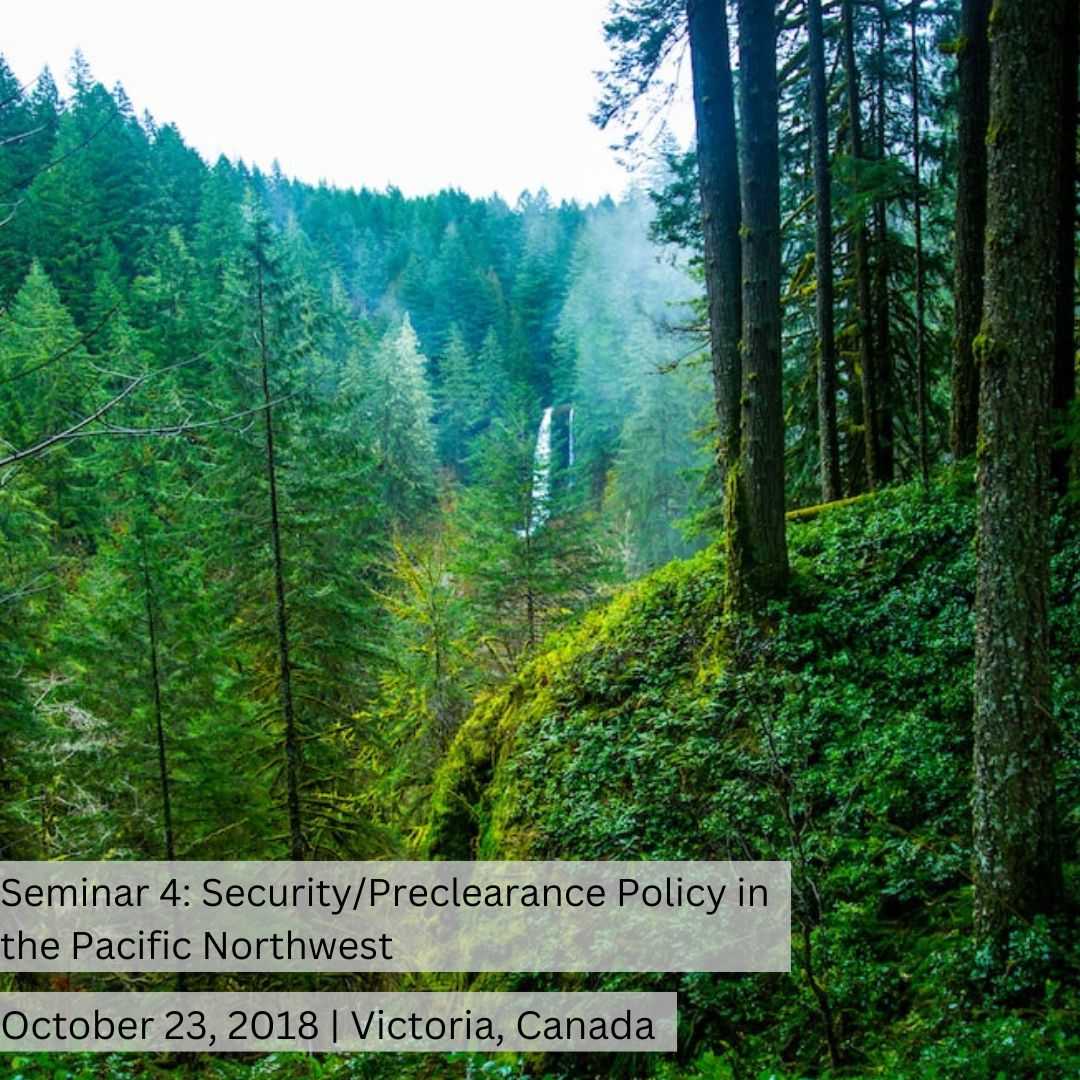