The BIG team at Queen’s University Belfast (QUB) hosted a policy forum to discuss the implications of Brexit for UK/Irish border management. The forum was held in conjunction with the annual Political Studies Association of Ireland (PSAI) conference in Belfast and will convene civil servants, NGO leaders, academics from Ireland, UK, EU and North America.

In April 1998, the British and Irish governments and the parties of Northern Ireland agreed to constitutional and institutional reforms facilitating cooperation at multiple levels: devolved, all-island and British-Irish. Shared EU membership was a vital framework and model for cross-border cooperation of this nature. The unique levels of integration across UK/Irish borders means that UK’s withdrawal from the EU will have direct ramifications on three major policy concerns: (i) the management of UK’s land border with the EU (i.e. the Irish border); (ii) peace and political stability in Northern Ireland; (iii) the cohesion of the UK itself – given that (as the Deputy First Minister of Northern Ireland and the Irish Taoiseach have reminded UK and EU leaders) the Agreement enshrined the right for a ‘border poll’ on the island to trigger Irish reunification. Managing UK/Ireland cross-border relations is therefore a most crucial and sensitive problem for policymakers regarding the Brexit negotiations.

The uniquely close relationship of the UK to Ireland is evident in the flows, governance and security of their shared (land and sea) borders. A key conundrum facing policymakers is how to realise a key ambition of Brexit (i.e. hardening the UK’s borders with the EU) without damaging the benefits brought by the UK’s ‘soft’ borders with Ireland (as embodied in the 1998 Agreement on Northern Ireland).

Lead researchers and invited experts responded to media queries. In order to facilitate frank and open discussion, the Policy Forum required in-camera discussions for Parts I and II (see below), but key points of the public panel for the Forum [part III] were distributed via social media. Blogs were disseminated on various sites, including UK in a Changing Europe, The Conversation, and authors’ home universities. Reports and their summaries were distributed in electronic and presentation form to policy makers via networks and such initiatives as the Knowledge Exchange Seminar Series at Stormont.

Each one of the Briefing Report, Policy Forum and Policy Report was constituted of three main parts:

Part 2: Different perspectives on potential impact of Brexit on UK/Irish borders. Part 2 was in response to Part I, and included small group discussion to enable liaison between cross-border NGOs, civil servants and academic experts (law, policy, sociology, and politics) from UK, Ireland and beyond. Part 2 was a closed session.

Part 3: Outlining the options for managing this impact. Part 3 was led by external experts, and included: redefining the Common Travel Area; re-conceiving devolution and nationalism; examples from NAFTA; examples from EU associate status. Part 3 was a public session.

As follow-up to this event, Dr. Katy Hayward presented a shortened version of the discussion paper (below) at a ‘Knowledge Exchange Seminar‘ at Stormont, to an audience of civil servants, members of the legislative assembly, special advisors, and representatives from interested organisations.

Dr Katy Hayward (QUB) – The Implications of Brexit for the Irish Border: Challenges and Options
A key conundrum facing policymakers is how to realise a central ambition of the Brexit campaign (i.e. hardening the UK’s borders with the EU) without damaging the benefits currently ensured by the UK’s ‘soft’ borders with Ireland. This presentation will focus on the Irish border as the locus of this challenge – one which has particular implications for the cohesion of the UK and political stability within NI. It will first identify the likely fracture points and, indeed, yield points in cross-border cooperation on the island. It will then outline different options for managing the UK/Ireland border flows and governance in the potential context of the UK’s exit from the EU. [Policy Briefing] [Presentation] [Video] 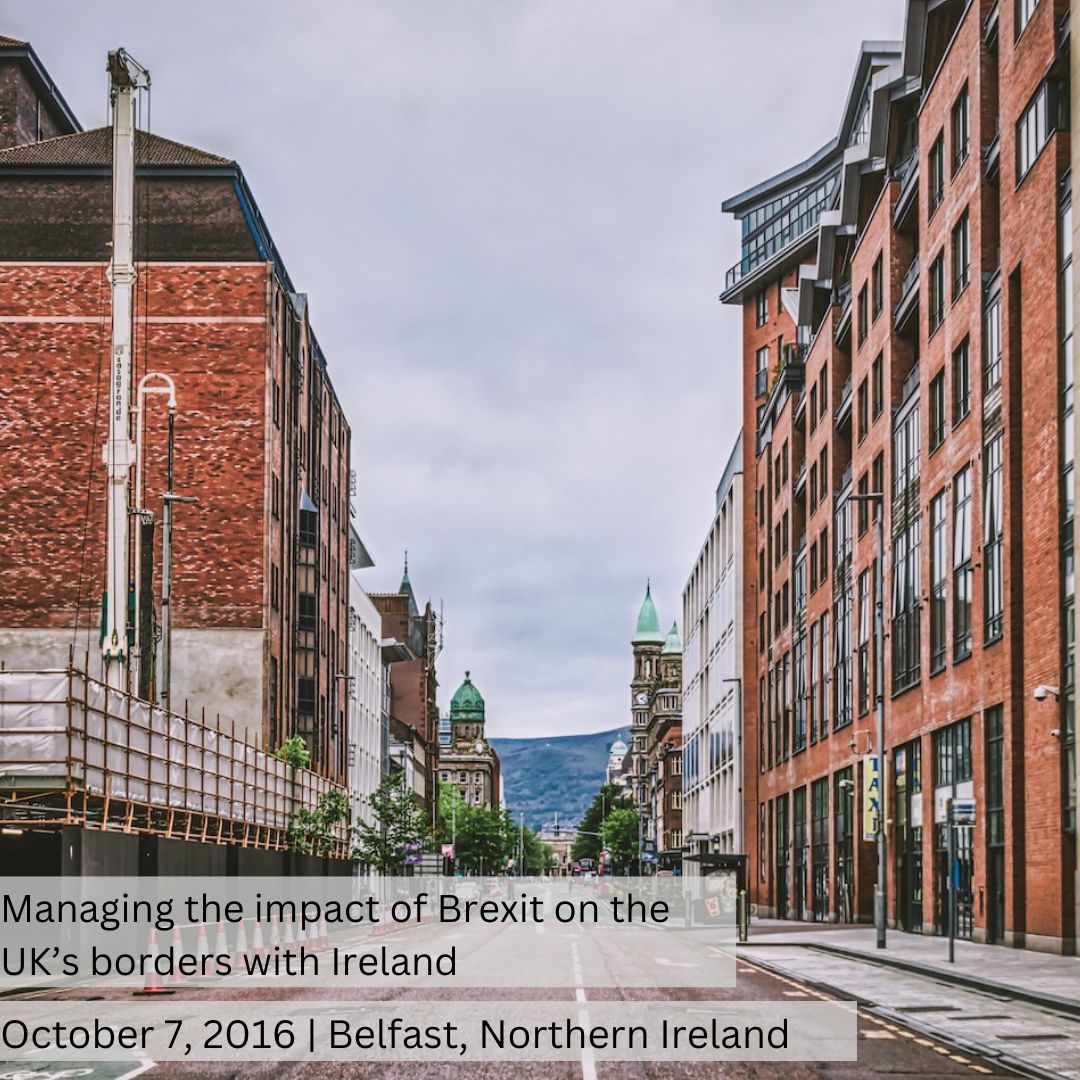